When I try to run a temperature sense project, I would get an error of the API limit reached. What should I modify 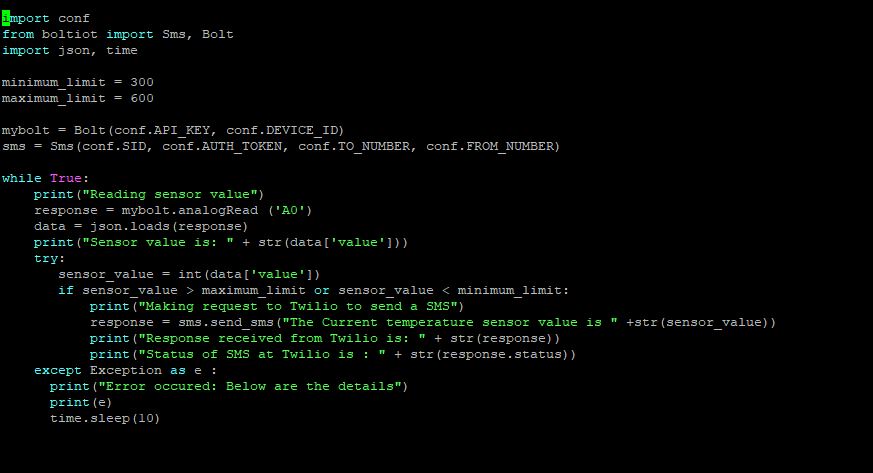 thanks, @dhruvakrishnamaraju its work…
I used this code because it is the same mentioned in Boltiot’s theory. W

Even when you call the API for more than 20 times in a minute it will block as
basic plan doesn’t support more than 20 request per minute
therefore be careful while giving commands like blinking of LEDs and Buzzers several times.