Please send me the connection image for buzzer control.
Mine connection is not right as buzzer is not producing sound.

It is simple, long leg goes to A0 Pin and shorter one goes to ground (GND pin). You will also need to write code accordingly.

Please share the photo of the connection you have done so far. That will help us review and share the feedback with you.

Hey @yashasvi317 ,here’s a picture of connections I made, and it’s working.
It’s similar to LED connection,the longer pin of buzzer should be connected to GPIO pin and shorter one to ground.Don’t use a resistor in this connection. And also remove the seal on the buzzer for clear sound.I hope this helps. 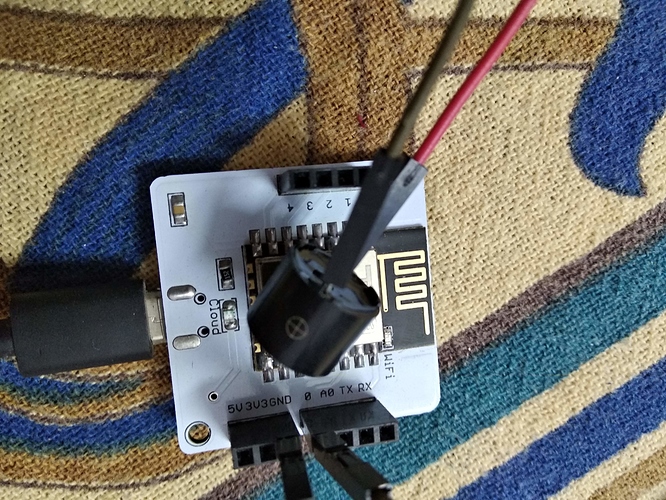 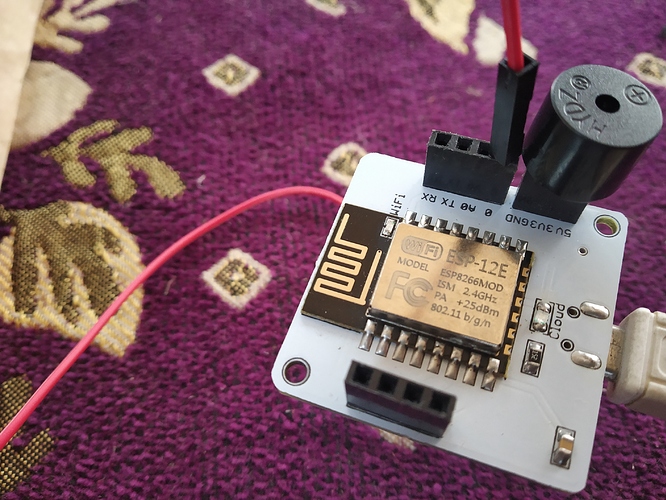 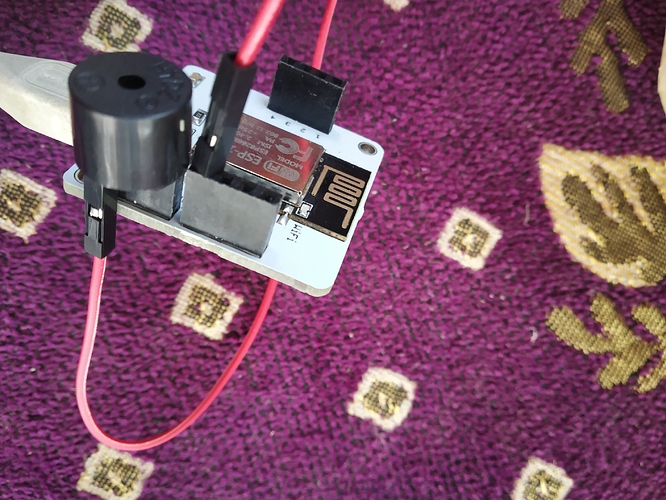 What can be the code?

Hey! The code for buzzer remains the same.
So you can use the same code which you used for the led project.

Hi!
I tried the above connection by connecting positive pin of buzzer to A0 pin still for me it doesn’t produce any sound!

Does anyone know what the issue might be?.
It would be a great help.

Thank you very much for your response!

There is an API access limit which I was unaware of, that had lead to this issue. As after the limit is reached we cant send signals to it.

@rockymad4 did you connected the positive pin of buzzer toA0 or digital pin 0 ?

If you simply replace led with buzzer, it wont work as mentioned in the video. you have to connect the positive lead of the buzzer directly to the pin 0 of wifi module without connecting 330k ohm to it. I also have done this mistake and later rectified it, do try it…

@jayeshrane999 I had connected the positive pin to Digital Pin 0 and negetive pin to ground and It was working,

But before trying out the buzzer I had been trying out the LED and during that i accessed my API key 20 times in 1 minute which is the limit after that API key is not usable for 6 hours. Because of this limit that i reached I was not getting any response thus leading to no output feedback.

Our API service is totally free of cost. But to make sure every user gets a fair share of usage and to keep our systems working in optimum way possible, we have implemented rate limiting on our API system. Rate limiting allows a specific number of...