Difficulties in the Capstone project

I enrolled for the IoT training course which started the previous month. I completed all the training modules and stepped into the final project and ran into some difficulties.

I built the temperature monitoring system as shown earlier, and put it in the fridge as instructed.

The problem I’m facing is as soon as I put my Wifi Module inside and close the door of the fridge, the green LED goes off and the connection is lost. Also the Blue LED starts blinking slowly from being static initially and no record of data is kept unless I open the fridge door. Now, I have no idea what to do ahead, probably because I cannot really move the fridge downstairs. So, I would be extremely grateful if you can suggest something to help me out here.

Also can I attempt the Final Test before I complete this project ?

I have also attached a data file of some of the values I could get from the Wifi Module while it was inside the fridge and the door was open. 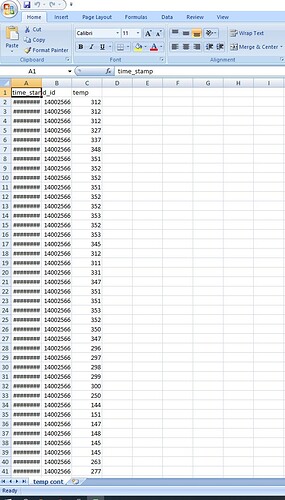 The capstone project was a part, of your understanding of a real-world scenario. You don’t need to use that project to submit to anyone.

For the certification exam, read the guidelines carefully, as it is mentioned, you have to make a project and answer forum questions to get marks. You can go ahead and give your examination, but make sure your project links and forum links are ready beforehand.

Your issue of disconnectivity is inside the fridge, it could not get any WiFi signal. Moving it nearer to the router won’t help if the door is kept closed.

Let me know if you have any queries.

greetings to you pal,
what I suggest is to use a power bank to power the boltiot module and use a mobile hotspot to connect it to the cloud this way u can keep the wifi module close to wifi and if it still does not connect to the cloud do not close the door all the way. I tried this my self hope it would be helpful.