Error in code of,Sending an SMS when Temperature Crosses Threshold!

found indentation errors in the code, the actual code mentioned in the course is as below:
import conf
from boltiot import Sms, Bolt
import json, time

so the code which i have writen in VMware,im getting this error as shown in below image: 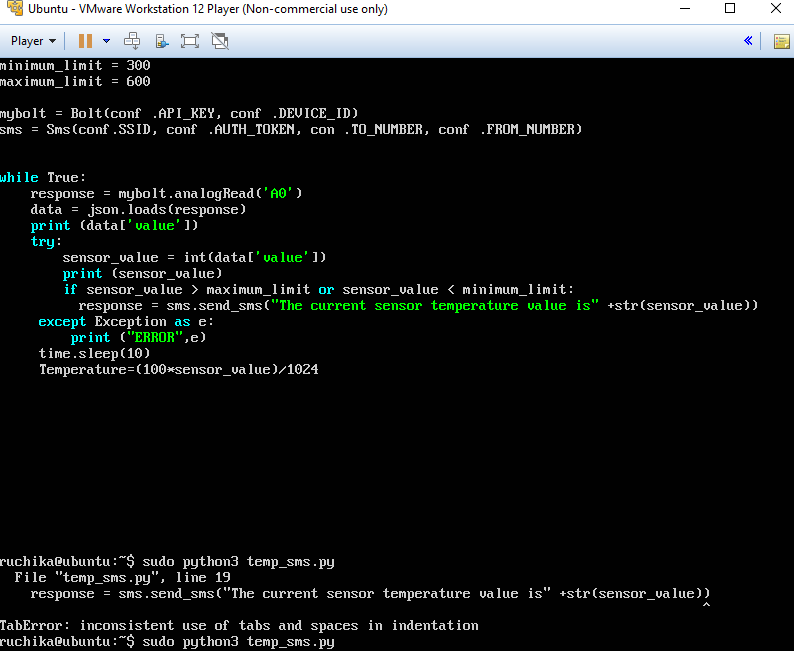 Please do guide me, also wanted to rectify if the credentials put are proper like API_key n remaining.

@pednekarruchika I believe this is the same error as I had mentioned in your previous post.

Error in code for, Sending an Email when Temperature Crosses Threshold

@pednekarruchika Seems that the issue is due to you trying to use both spaces and tabs in the same sentence. Different editors interpret the tab differently. Some take a single tab to be of 3 spaces while some take it to be of 4 spaces. I suggest, that you copy the code in a text editor like Sublime text and replace all tabs with spaces and then try running it.

How do you paste your code in VMware Workstation 12 Player after editing in other text editor ?