I tried to glow an LED using the bolt IoT module by connecting the negative terminal of the LED to the ground Pin of the module, similarly the positive terminal to the 5V Pin. Hmm … The LED was directly damaged, and worse couldn’t work after I connected it to a 9V battery. Normally, there should a resistor to regulate the circuit connection which resistance can be calculated using the Ohm’s law (V=IR).

However, If I do the experiment with an Arduino, the LED glows with a low intensity but it does not damage the LED due to the voltage regulator it has onboard.
You can a simulation of those experiment in my TinkerCad —> https://www.tinkercad.com/dashboard?type=circuits&collection=designs

Could you please explain why it was damaged by the Bolt module ? 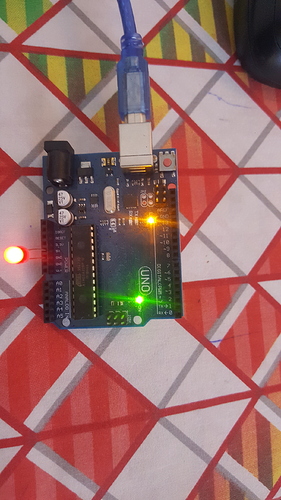 Did you try using the LED that you used with the Arduino on the Bolt WiFi module?

As far as I know, your LED should have burnt out. Since it has not, it must have some different type of rating.

If it is the same type of LED, and it works for you in this manner, then we have absolutely no explanation for the same.

Absolutely, that’s what I did.

Thanks a lot for your explanation.
Best,
Francois Gonothi Toure

Thanks for clearing my doubt.
Perhaps the LED that I used was already damaged, or had a different rating as you mentioned above.

I just used a different red LED on both Bolt and Arduino, hmm … It worked.
attached is the picture. 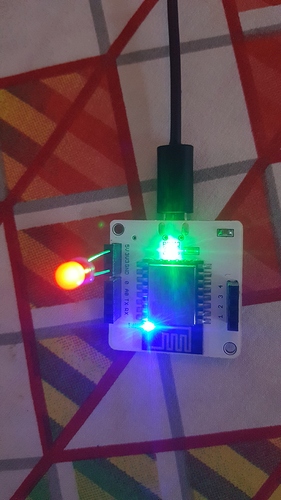