I’d typed out the code for the Mailgun configuration of the temperature monitor exactly as it is given in the lesson. But, when I try to execute it, I get the following error:

I’d gotten a similar error when I first tried to execute the SMS code for the monitor, but it was resolved once I varied the indentation. The same didn’t work for this code.

Here’s the code in case there’s actually an error I didn’t notice: 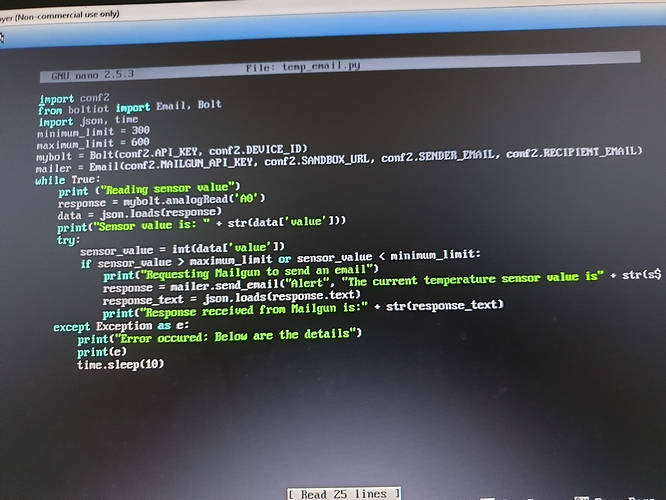 Hoping for a response soon. Thanks!

Try replacing those 2 lines with this line of code:
print(“Response received from Mailgun is:” + response.text)
Hope this helps!
Thank you

@shoeb.ahmed I’d first indented with tabs. When the code showed the error, I switched to indentation using spaces. That produced the same error.

@shilpa.namboodiri So you have now indented the entire code with spaces?

It was indented with spaces as per the image.

It worked! Thanks a bunch!