Not able to check the status on BOLT PYTHON LIBRARY 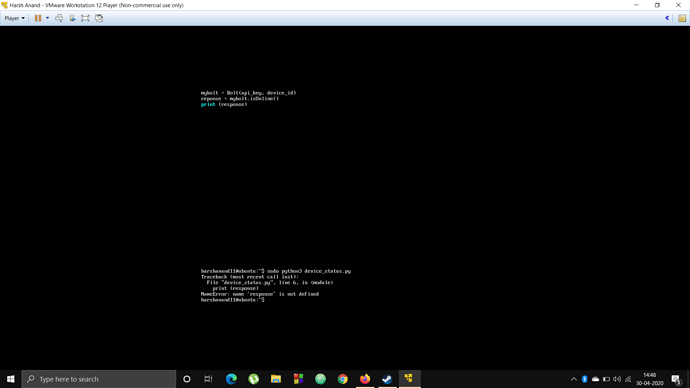 can you explain a little more clearly as to what the problem is.

First check your ‘response’ spelling and then you have to import the bolt library and then
Write your API key and device name. Code is given bellow:

If you had not install bolt library then install it first.

@garethharsh11
there is a spelling mistake you have written reponse but while passing that in print statement you have used print (response). so rectify the mistake and your problem will be solved.

In the 3 rd line you gave the name as “reponse” and in the 4 th line i.e.in the print you put as “response” so correct it you will get output and you can give any other name also but it should same when printing and giving the values as you did in the 3 rd line.
e.g
re=mybolt.isOnline()
print(re)