What is Polynomial Regression?
That algorithm is internally used by Bolt Cloud and Y’all are just making us apply it.
I need to know how to implement that algorithm. Instead of just applying it.

A polynomial regression is an application of multiple linear regression - the distinction is only the names. For example, whether you write

wherez=x^2 you have the same model. The ‘linear’ in ‘linear regression’ means the function you estimate is linear in the coefficients. 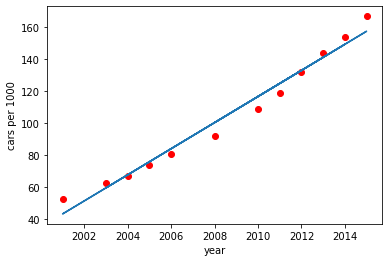 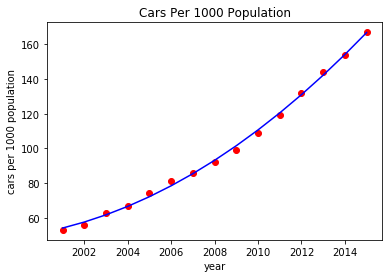 Here we can see that the data is the second Fig. (2) is accurately displayed!!

There are times when a curved line works better than a straight line.
So Using polynomial regression over here greatly increases accuracy…

Here y is dependent variable, a is y intercept, b is the slope and e is the error rate.

In many cases, this linear model will not work out For example if we analyzing the production of chemical synthesis in terms of temperature at which the synthesis take place in such cases we use quadratic model

Here y is dependent variable on x, a is y intercept and e is the error rate.

In general, we can model it for nth value.

Since regression function is linear in terms of unknown variables, hence these models are linear from the point of estimation.

Hence through Least Square technique, let’s compute the response value that is y.

Step 5: In this step we are Visualising the Linear Regression results using scatter plot.

Step 7. Predicting new result with both Linear and Polynomial Regression.

Assume that we have the data of the room temperature taken at the interval of every 10 seconds and we want to predict the future values of the temperature using these data point values. This can be done by fitting a curve or an equation by finding the pattern in the data using Machine learning algorithms.

Sometimes, the trend of data is not really linear, and looks curvy. In this case we can use Polynomial regression methods. In fact, many different regressions exist that can be used to fit whatever the dataset looks like, such as quadratic, cubic, and so on, and it can go on and on to infinite degrees.