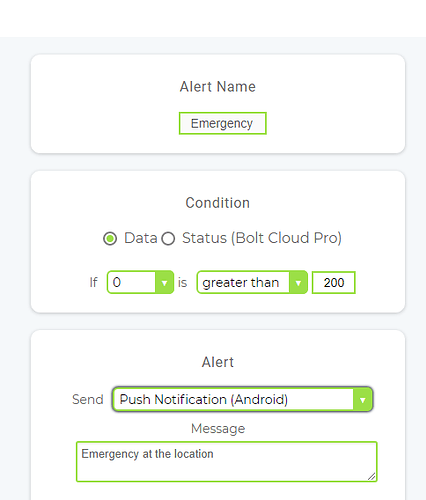 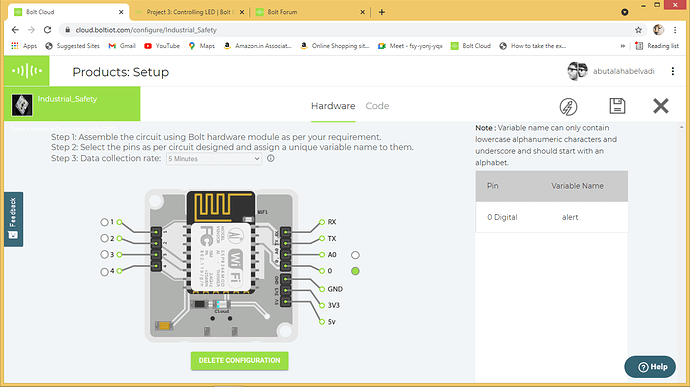 HI EVERYONE i am not receiving alerts as i have followed all the instruction, about is the screnshoot of hardware configuration ,code, alert configuration please help me i am waiting form one weak to get answers on this
@yeshwant.naik
@rahul.singh1
@PPV
@pranav.kundaikar.inv
@ashwin.salgaocar

In the Bolt IoT & ML kit, there are following devices included. It has a Temperature Sensor (LM35) , Light Sensor (LDR) , LED and a piezo-buzzer . So basically you can write a program to give alert when you are using an input device (through which you can read a value). LM35 and LDR are two input devices. So you can use any of the two devices to make a product which will give an alert whenever the value crosses a threshold value.

so as I have told you that you have to use an input device and through the readings fetched by that device, you can make the Buzzer work accordingly.

I have used a LDR sensor to sense the value of the light falling on it and I have attached a buzzer to the GPIO 1 pin so that whenver the value crosses a threshold then buzzer starts producing sound. As the LDR reading can vary from 0 to 1024, so I have proposed different buzzer intensities for different input values.

I have written the code on UBUNTU server by the help of Python language. 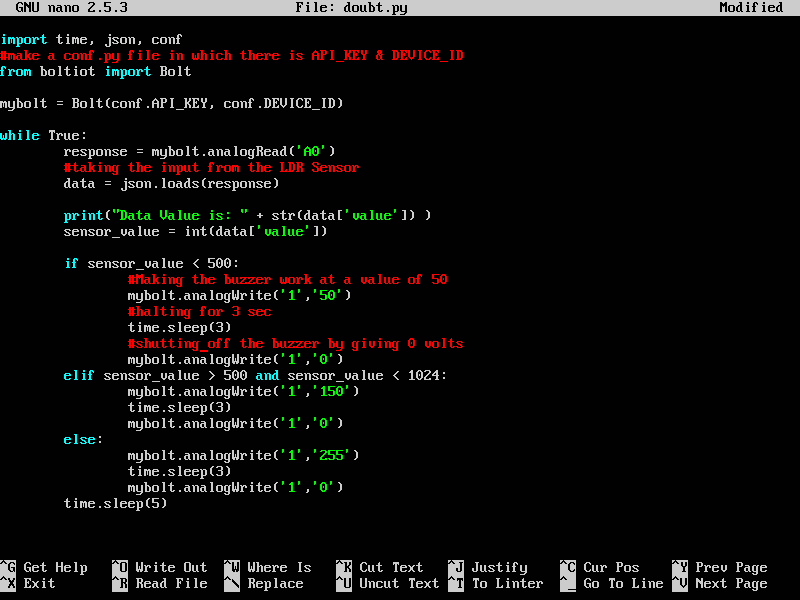 I hope this clears your doubt.