Dear sir during my training i am facing a problem and the problem is that i am unable to import the Bolt python library in Vmware workstation (Ubuntu).I am uploading a picture of the problem which i am facing…Try to solve this problem as soon as possible.I have also used the command

But still the system is not working. 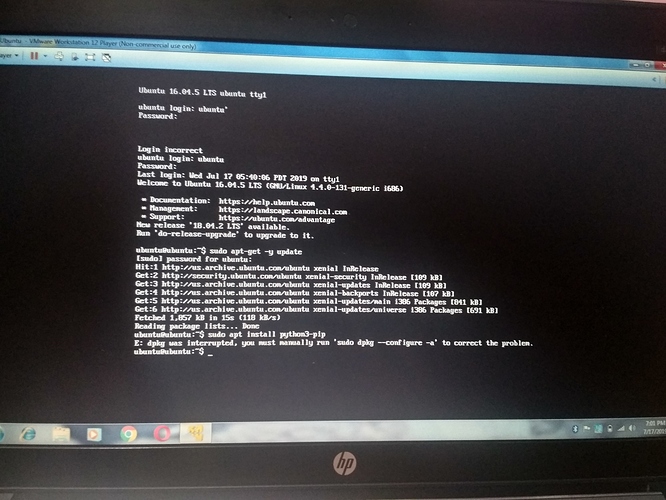 try to first run which it is saying to run

after this code type
export LC_ALL=“en_US.UTF-8”
export LC_CTYPE=“en_US.UTF-8”
sudo dpkg --configure --a
then you will get some options in which you can select en_US.UTF-8
then type sudo apt install python3-pip
sudo pip3 install boltiot