After all it shows the same error 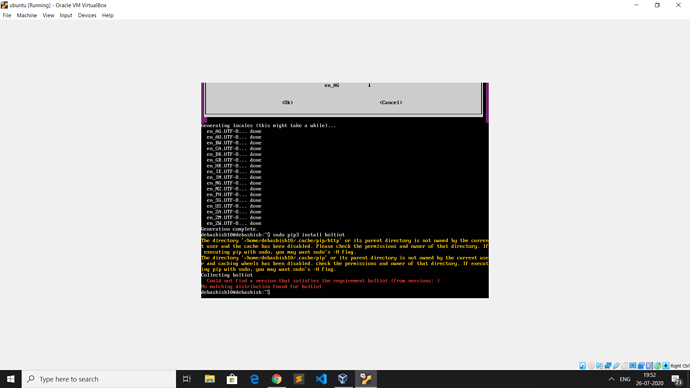 After following these simple steps you can install bolt python library at your ubuntu server.

As your version is old and it also not satisfies the requirements that’s why you faced this issue.
Hope this helps.

But I have tried all of them many times. I am getting the same error.

Hi @Debashish
For resolving this issue, try re-installing the software which you are using either VMware or Virtual Box. After re-installing run these commands & I think after that you will not face same issue. Don’t forget to install python first.
Hope this helps.