Can anyone help me out to solve the problem?? 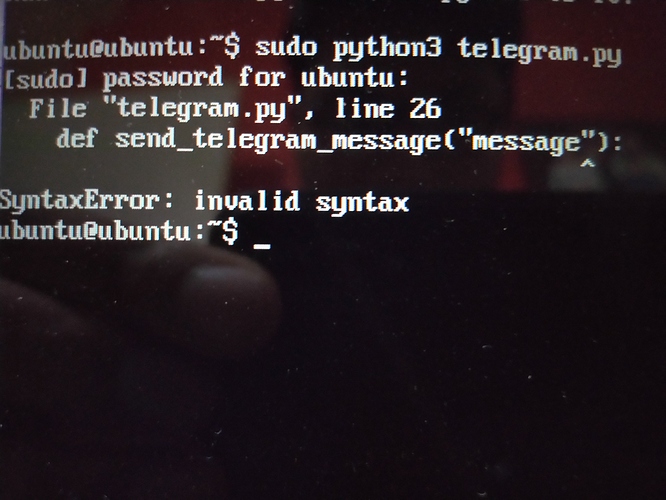 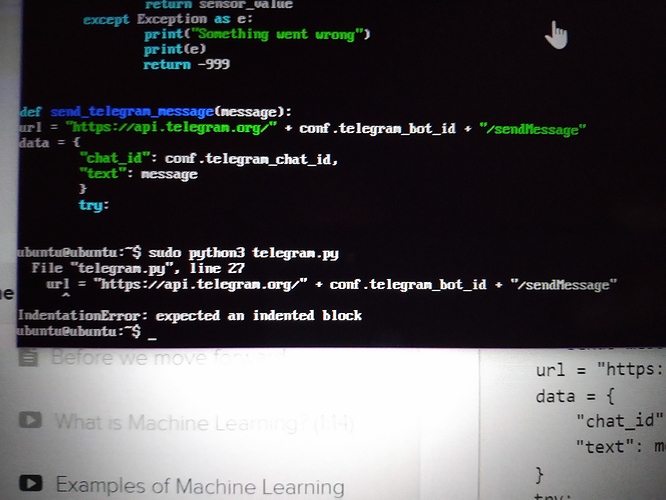 write this part in this way.Add 2spaces before url and data ;and 4space before “chat_id” and “text”; and again 2 spaces before } parenthesis

The spaces cannot be seen in this code do as I instructed later.

But if space is mandatory, as it’s just a void without any meaning in most of the programming languages, including python

Unlike other programming languages where we use braces,in Python we use spaces or tabs for indentation…

still i’m stuck here in spaces. can anyone explain how many space and where??

whenever you are defining functions or writing a block of statements such as those for the if statement you need to be careful regarding indentation. In most programming languages indentation is used to help make the code look pretty but in python it is required for indicating what block of code a statement belongs to