Tubelight off led on

I want to create a project where ldr detects room light and turns on led when room light is off. Any help please?

@sainath2k20 , you can do this project in two ways:

(For both ways, the hardware configuration will be same) Hardware confuguration is as follows 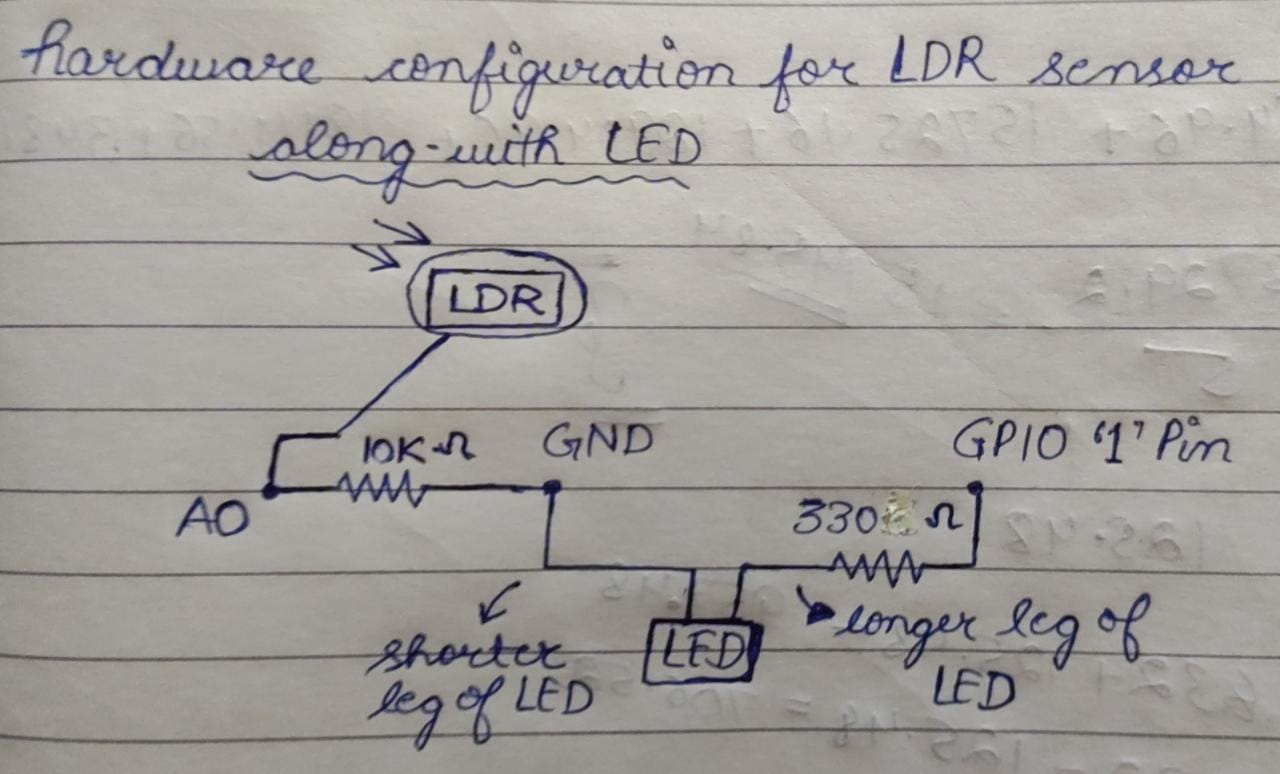 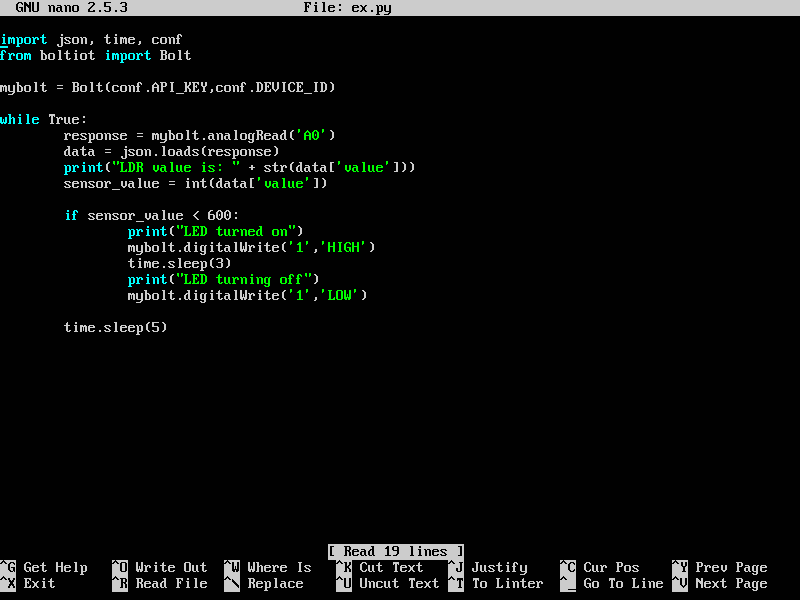 @sainath2k20 there is another simple way to built this project and that is by using transistors and LDRs.
The basic components that will be required to built this circuit are:
LDR, x BC547 NPN Transistors, resistor, potentiometer, LED and power supply
Circuit: 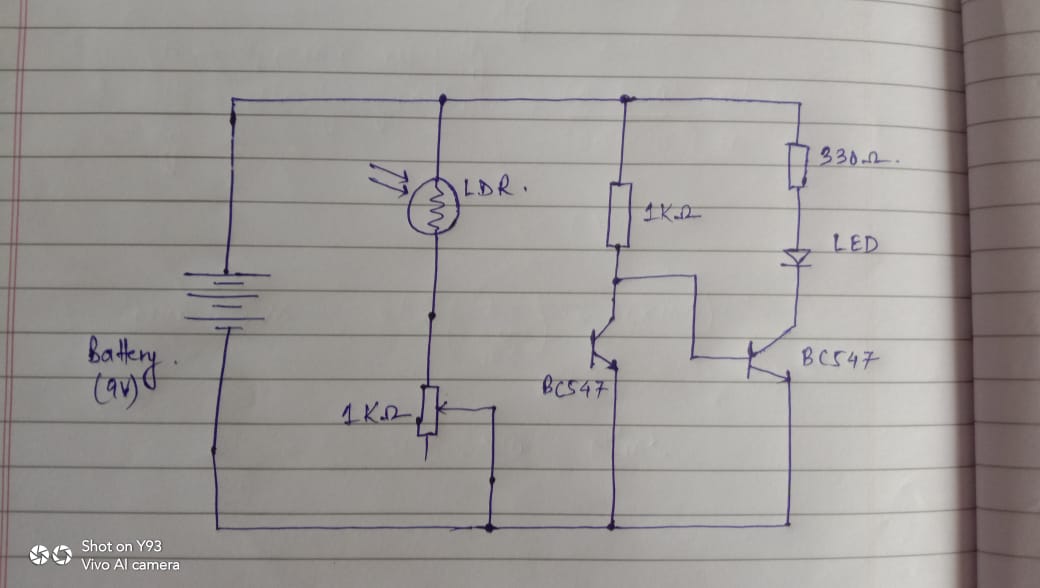 WhatsApp Image 2021-06-01 at 12.22.26 PM1040×588 42 KB
You can also do this circuit in a software named TinaTi.
In this above circuit, we are using the transistors in darlington pair since it provides enough current at the output end.
So, for the first transistor, the LDR and the potentiometer forms the biasing resistors. Thus, when light is incident on it, Resistance decreases. As a result of no biasing voltage(i.e, Resistance is directly proportional to voltage),the LED will switch off. Then when the light is removed or the LDR is placed in a dark room, then the LED glows. This will turn on the 1st transistor which in turn will turn on the 2nd transistor(since its input is connected to the 1st transistor’s output). Hence, the LED connected to it also glows.
I hope this will help in clarifying your doubt.