Hey community,
I got my bolt some time ago but did not get the time to do a real project. But this changed after the enormously hot summer during we needet do irrigate our garden quite a lot.

I did install a Gardena System with microdrippers which is connected to a watertank that collects the water from the roof. Inside the tank we got a waterpump so basically we just need to plug it in and plug it out after an hour.

Now i would like to automate that by beeing able to switch it on via my mobile phone and to minitor the water level with an HC-Sr04 Ultrasonic sensor.

In the community i found a similar project 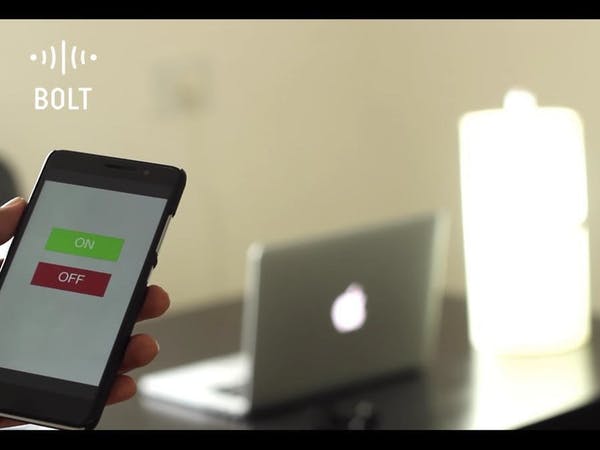 what’s stil unclear to me is if its possible to graph the data from the ultrasonic measure and still being able to control the pump manually.

later on it would be nice to program the bolt in the way that the pump turns on each day from X:XX to X:XX and automatically switch it off when either tha tank is empty or it has been running for half an hour - since we often empty the tank because we forget to switch it off.

I guess i got all the material needet:

If somebody coult point out some similar examples that woul be really great.

Here is a project which using the ultra sonic sensor along with a Boltduino (Bolt IoT version of Arduino), to implement a water level detection system.

To answer your questions.

We really like the idea that you have for your project, and would love it if you could make a blog regarding the project that you are working on.

thanks a lot for your response.
I gladly provide a blog/tutorial once i got this thing to work.

In order to avoid aditional costs by having a DO droplet i’d rather have a raspberry where a python script is running. Do you think this could be done also?
sincerely,
Jeff

Yes, a raspberry pi would work just as well.

I need some ideas to install an irrigation system in my garden. I installed a dripping system with a timer and it didn’t give me a great result. There’s not enough pressure and half of the plants were not very happy

I was thinking of installing different dripping phases and managing each of them independently, so I won’t have that pressure problem anymore. Another idea I had was using these sprinklers for the bottom side of the garden but it won’t cover the border one or the walled garden. what do you think