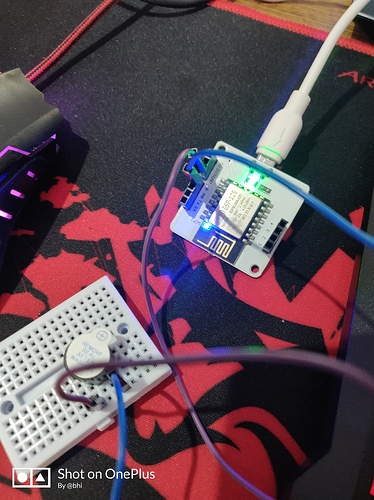 Are you facing any problem while controlling the device?

no.
Im not facing any problem while controlling the device.

Good evening,
I was delivered a blue, yellow and green colored male to female connector wires. In this course, it was mostly described about a red, orange and brown connector wires. For this buzzer project, which colored wires should i connect my buzzer to? Does the color of the wires matter? Also could you please explain in detailed about the hardware setup of buzzer controlling project?

The wires can be of many colors. The color of wires we used is not important but the type of jumper wires used is most important.

And, in some images of the hardware setup for this buzzer control, bread board is being used and for some is not. Can we achieve this project in either ways?

Could anyone explain buzzer control project using a bread board ?

hi @indupriya.gutti
can u plzz explain these types of wires with their pictures ?

Color of the wires doesn’t matter.connect the wires according to the circuit diagram

Color of wire doesn’t matters ,connecting the wires to the exact place.