Getting error in project 10

While running the code I’m getting below error: 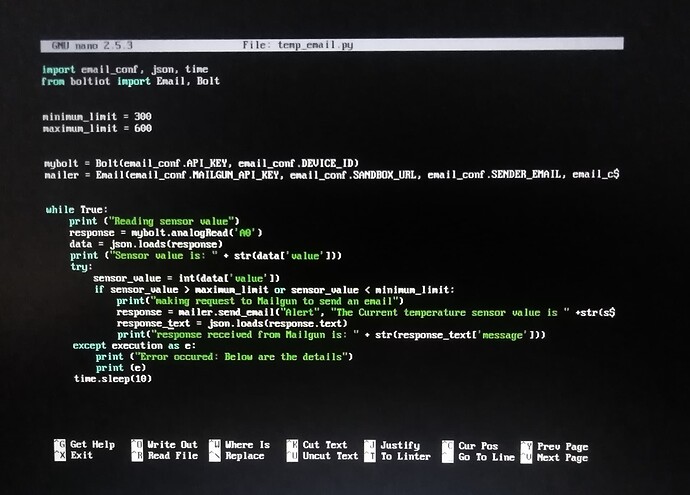 During handling of the above exception, another exception occurred:

File “temp_email.py”, line 25, in except execution as e: NameError: name ‘execution’ is not defined suriyasam@ubuntu: "$

From the very last error it is quite visible that you have typed the wrong except block in line 25.

Instead of Exception, you have written ‘execution’.

Let me know if you have any other doubt.

@suriyasam16
If you read the last line of the error you can see it tells the error is in line 25 stating that in the word right after the except you have written execution instead of Exception and since execution is not a exception that is predefined in the library it shows error.

just change
except execution
to
except Exception