I have written this post to help with troubleshooting of the Bolt device shown as offline on the Bolt Cloud dashboard or the Bolt IoT app on Android or iOS.

There are 2 major reasons why this could happen. I will list each of the reasons below, along with the most probable cause and solutions to resolve the issue.

1. The Bolt is not connected to the WiFi network:
This issue is indicated by the blue LED on the Bolt device blinking slowly.

This issue can be caused due to the following reasons:

This can be caused due to the following reasons:

Please follow the instructions given above to troubleshoot your device shown offline issue and let me know if there are any suggestions.

i tried many times to connect it to network but it always flash ’ no internet connection’ on bolt app , although i wrote a proper name of network , i also check the above conditions you mentioned above. kindly help me or tell me how to replace bolt wifi module because i am not able to do my any project.

@sanudeepak6 Can you please let us know what steps you had already taken to connect the Bolt to the WiFi?

I had the same problem. Please setup the bolt device from start again, and make sure that the wifi connection to both your bolt device and mobile phone (which has the bolt app installed) , is the same. Dont think there will be a defect in the module. Just try doing setup from start all over again.

Sir, i have forgotten my wifi password of the hotspot, i know the ssid. How to reset the setup procedure? Can u help me!

Please help me sir my device is not connected to wifi as well as bolt iot app but blue and green light is blown on module. So what can i do?

@parmardeep924 Can you define blown? Are the LEDs working on the Bolt device?

It get misspelled its “glown”.

@parmardeep924 Ohh. In that case, the device is already online and connected to the Bolt Cloud. You do not have to do anything else.

Blue LED is continuously blinking and the device has been added, but cloud LED is not ON what can be done about it?

This has happened many times with me. I would suggest you to try doing the setup one more time. Generally, that solves the problem. If not, this might help.

Sir,is there no way to connect to the hostel wifi as it is having proxy ,if there please help cause here even the phone signals are weak

No such direct method is possible.

Sir, on my phone it is showing online, both led green and blue are glowing, but in laptop bolt app it is not showing any online status. 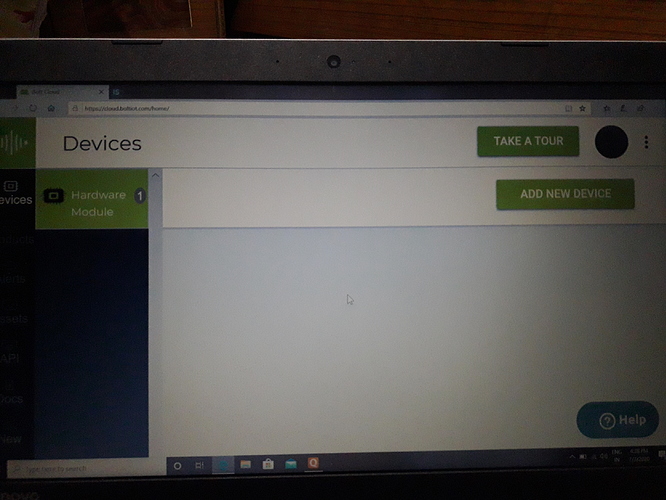 Hi @bhumikapersonal, try logging out of your cloud account and logging in again. The data from your phone may not have synced with the cloud server.

hello. wifi module is showing the leds both glowing perfectly sir but on dash board hardware devices is showing as zero sir